When recently asked at the Television Critics Assn. press tour for Clear History about a potetial 9th season of Curb Your Enthusiasm Larry responded,  “I don’t know, I really couldn’t say. Ask me in six months.”

I guess as long as he isn’t saying no we can remain hopeful. He’s never committed to doing another season straight after finishing one but after a couple of years he has usually warmed to the idea because he’s stocked up a some fresh ideas. I guess we should be encouraged by the fact he’s potentially exploring some of these ideas outside of Curb and in features like the upcoming Clear History. I’ll be reviewing as soon as it’s released so stay tuned for that. 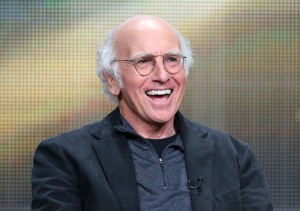 Posted on July 28, 2013 by Alex. This entry was posted in Curb Your Enthusiasm, Interviews, News and tagged clear history, curb your enthusiasm, hbo, larry david, season 9. Bookmark the permalink.