By now most of you will have heard. Larry is back on our TV screens. His latest adventure is a HBO movie, Clear History, a comedy where Larry plays Nathan Flomm, a disgraced former marketing executive who plots revenge against his former boss who made millions from the electric car company he once owned. Set in Martha’s Vineyard the comedy also stars Jon Hamm, Kate Hudson, Michael Keaton, Danny McBride, Eva Mendes and J. B. Smoove. It also features an uncredited cameo from a very funny Liev Schreiber. 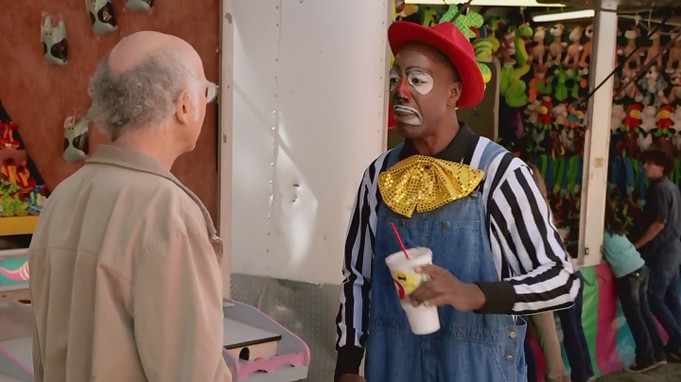 My verdict is in. It’s funny. If you’re a Larry fan you will laugh, and you will laugh plenty. I agree with many of the reviewers so far in that it does play out like a long episode of Curb, but that is in no way a bad thing. Those expecting or hoping that Larry would branch out and try something completely different will be disappointed, but probably only momentarily as the laughs are pretty non-stop. Larry is now a 66-year old man who’s spent the majority of his life making people laugh with crazy situations and jokes about the minutiae and trivialities of daily life. He ain’t gonna change now. 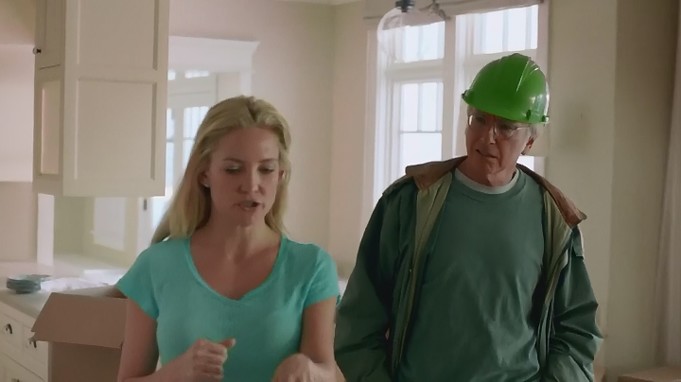 One difference from Curb is the “Larry” character who in this case is “Nathan”. The persona of Nathan remains essentially the same as Curb‘s Larry but for one clear distinction: Nathan is unsuccessful. He has missed out on the big fortune. It does in some way make the character more sympathetic than Curb‘s Larry. Let’s face it, it’s a bit harder to relate a grumpy old man with multi-million dollar Hollywood fortune than an unlucky, albeit bad-tempered everyman.

The comedy is everything you’d expect from a quality episode of Curb. The one-liners, the idiotic banter, the commentary on annoying social etiquettes – all acted in the colourful, improvisational style that Curb fans have come to love. Larry has lost none of his wit or timing in the last few years and he is well supported by a quality cast, including a very funny J.B Smoove, Leon from Curb more or less playing the same character. Let’s just say that their time on screen together is not a huge stretch from the interactions we’re used to, but as expected is consistently hilarious. The soundtrack is also perfect creating an appropriately chaotic and playful atmosphere. I quite enjoyed this and would love to hear your thoughts.

For those who have seen it, click to see my highlights below (spoiler warning):

Posted on August 13, 2013 by Alex. This entry was posted in News, Other Projects and tagged clear history, curb your enthusiasm, hbo, j b smoove, larry david, leon, movie, review, tv. Bookmark the permalink.

One thought on “‘Clear History’: The Review”